A BITCOIN millionaire crashed his limited edition 1of1 Lamborghini Huracan worth £290,000 on the outskirts of London today (March 1).

Michael Hudson was behind the wheel of his bright purple Lamborghini before he reportedly hit “standing water” on Ferny Hill near Hadley Wood in North London.

The car careered into the ditch after Michael steered away from an oncoming lamppost – leaving the Italian supercar sideways in the mud.

After the crash, YouTube and TV star Yianni Charalambous came to the scene to lend a hand. Blocking off the road using his £160,000 Lamborghini Urus. 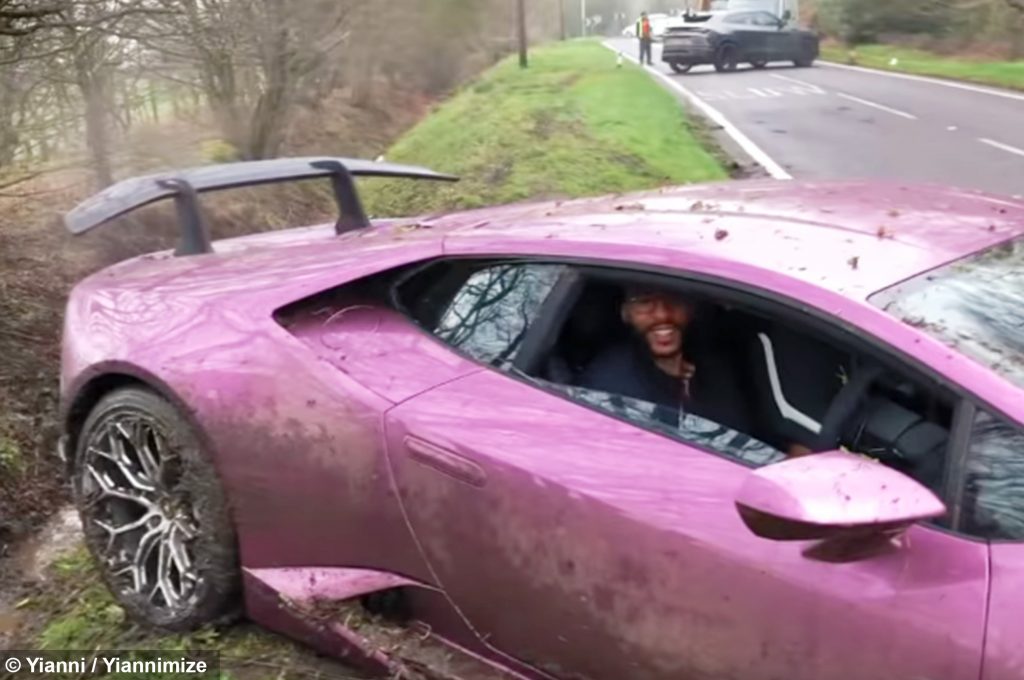 Yianni said: “He’s alive, that’s what matters. He’s healthy and there’s nothing wrong with him. You’ve got to take a positive from a negative, he’s insured and no one was hurt.

“He was on his own [Michael] and things do happen, people do crash their cars. It happened last night when it was very wet.”

Michael describes himself online as a “Bitcoin advocate” and a “petrol head”, often posting photos of him in lavish locations or standing with one of his expensive luxury cars. 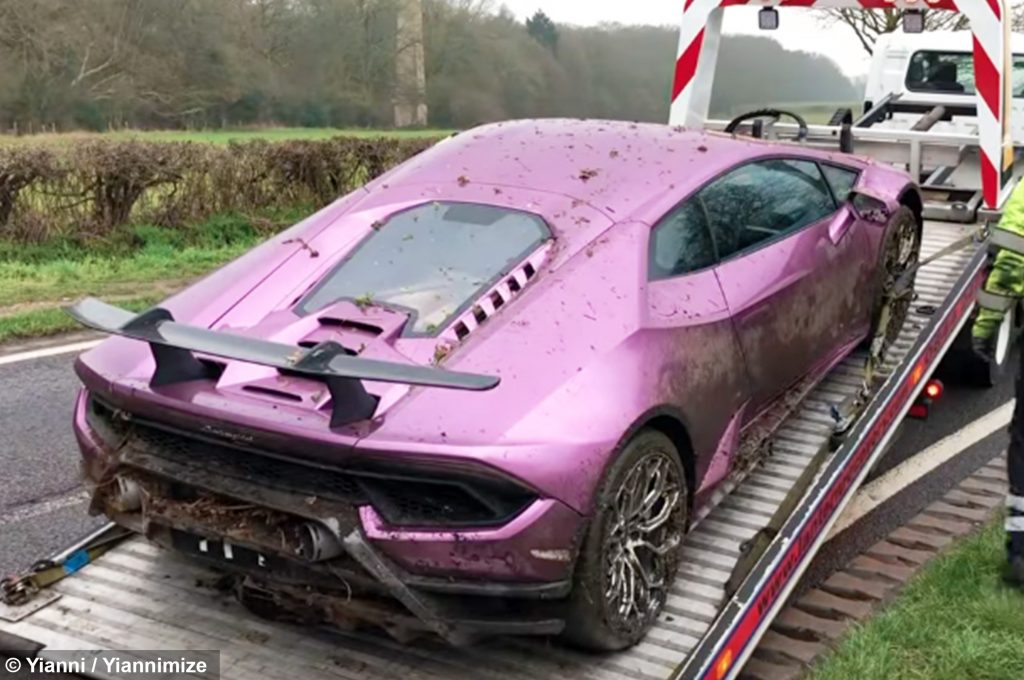 A video on the Yiannimize YouTube channel shows Michael looking extremely calm after smashing his near £300,000 luxury supercar into the muddy ditch.