PODCAST star Scott McGlynn was all smiles as he attended a post-Covid-19 Disney Plus party in posh West London amongst a sea of celebrities.

The actor attended the ‘Summer of Disney Plus’ event in Pergola Paddington with his model friend on Tuesday afternoon (August 24).

According to Variety Magazine, attendees could sample Tom Yum soup and Thai fish curry from the “Raya”-themed Kumandra Café. 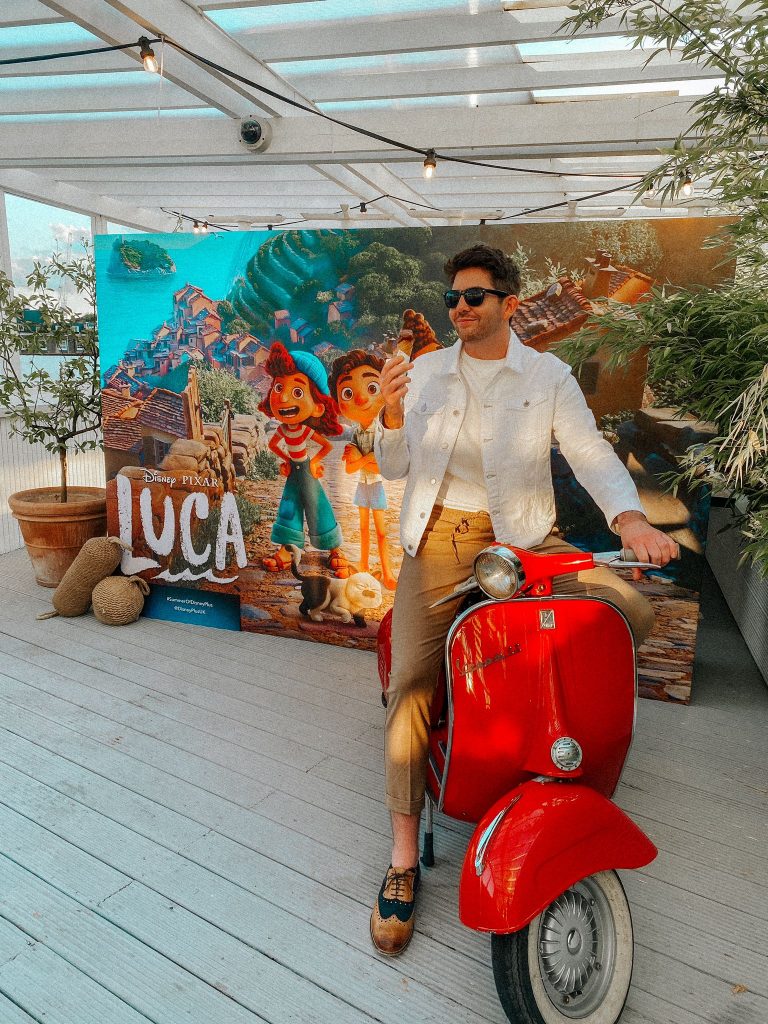 Stars were also invited to sit down to weave traditional bamboo baskets or play some 10-pin bowling.

And inside a small studio filled with retro televisions, guests could catch a glimpse of Miss Minutes from “Loki.”

The upstairs roof section of the event had been transformed into a Mediterranean paradise à la “Luca” (with the weather playing ball for the first half of the evening).

A swing seat was covered in fishing nets, starfish and anchors, while nearby the coveted red vespa from the animated film was available for photo ops and a gelateria stand handed out vegan ice cream.