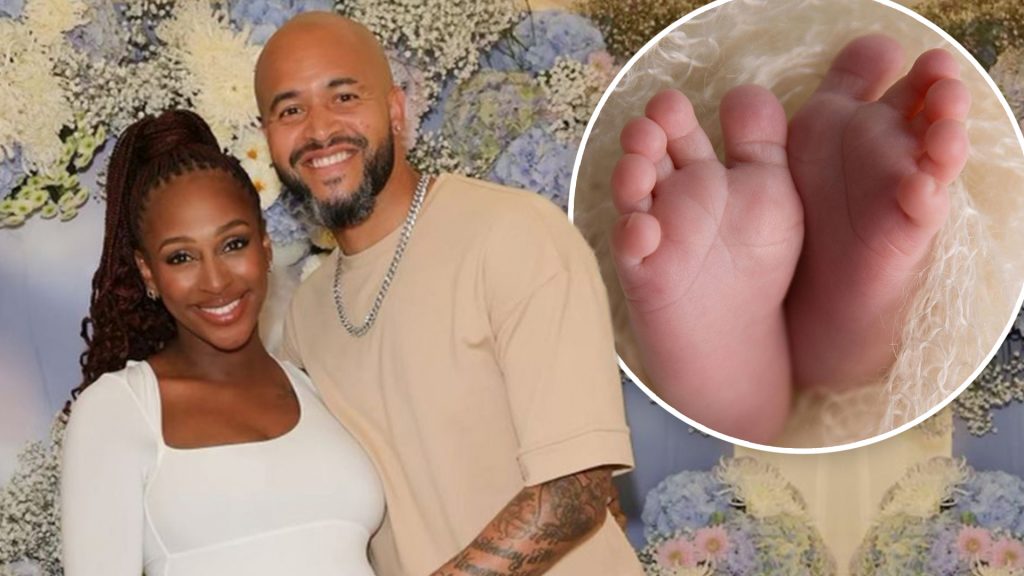 Burke announced the news in an Instagram post yesterday after revealing she was expecting her first child with Darren in February.

The 33-year-old singer and 2008 X Factor winner announced the news by sharing a photo of the baby’s feet on Instagram.

She said: “Welcome to the world our little grape. We already love you more than words can say.”

The baby’s name and gender has not yet been revealed.

Burke and West Ham United goalkeeper Randolph, 34, announced in February that they were expecting when she shared a video to Instagram which showed the pair on a country walk with their two dogs.

They were shown standing near a lake as Randolph got to his knees to kiss his girlfriend’s stomach.

The clip then showed the couple rubbing Burke’s bump as she smiled.

The couple first got together after the ‘Bad Boys’ hitmaker joked she would never date another footballer following her split from Rotherham United defender Angus MacDonald.

Alexandra has even recently announced her intention to return to work just ten weeks after giving birth.

She said: “I love what I do, I love singing. I’m confident I can make it all work.

“I know people who take a whole year off and that’s brilliant, but we are all different and that isn’t what I want to do.”