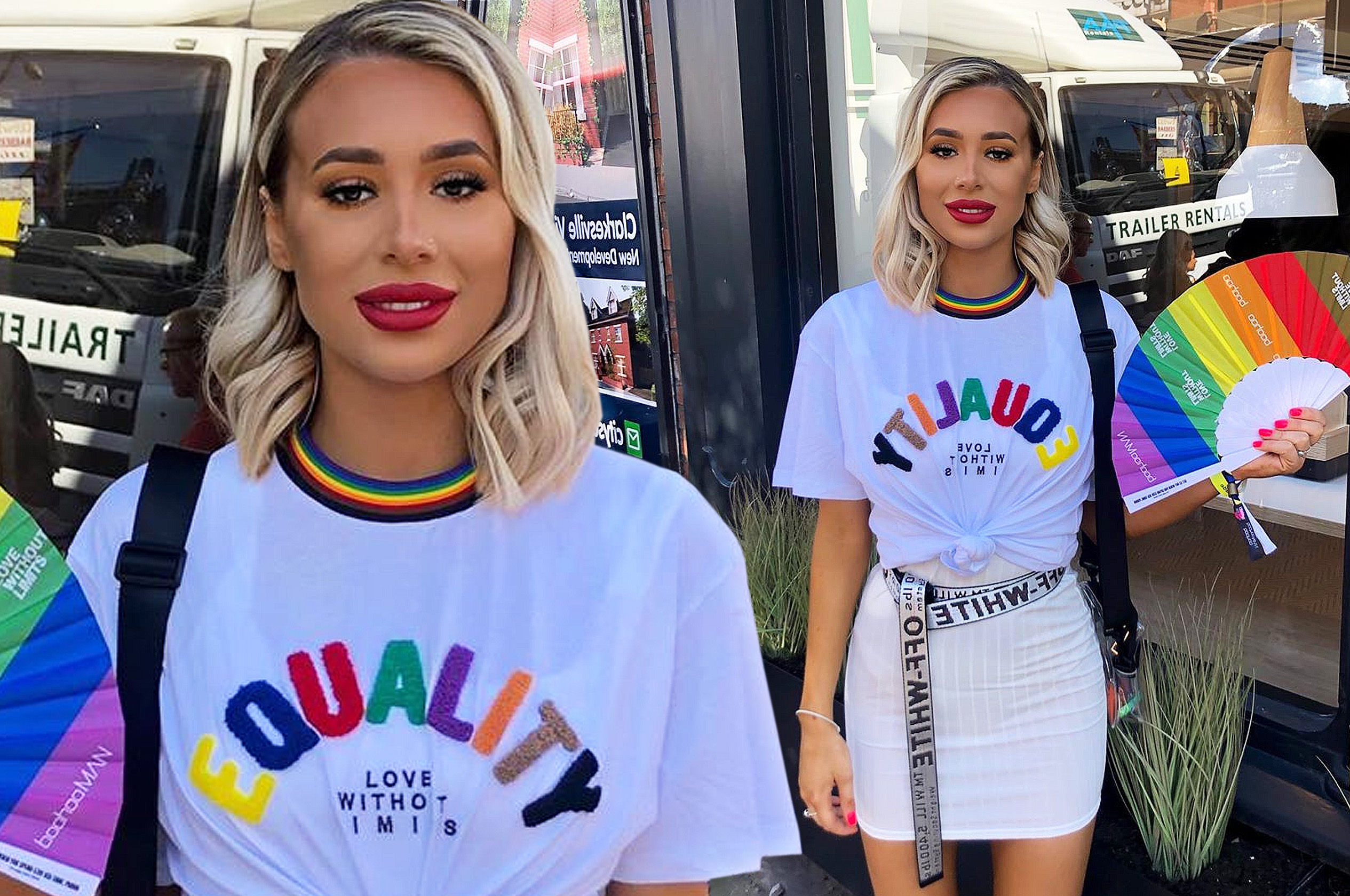 DEMI SIMS was all smiles as she kicked off her Bank Holiday Weekend by attending LGBTQ+ pride celebrations in Manchester.

The reality TV star cut a slim line figure as she sported a white rainbow t-shirt with the word ‘equality’ printed along the front on Saturday, August 24.

The 22-year-old combined the tee with a short white skirt and Off White belt, all while waving a rainbow fan from clothing label BooHoo.

This was the first public appearance Demi has made since her split with Love Island star Megan Barton-Hanson on E4’s Celebs Go Dating.

A source close to Demi told The Sun that the 22-yeara-old decided to end things with Megan because she couldn’t handle the attention.

They said: “Demi broke up with Megan because Megan’s too insecure about the amount of attention Demi gets.

“They’ve unfollowed and blocked each other now.”

Pride celebrations continue in Manchester this weekend as Thank You Next singer Ariana Grande will take to the stage.

If You’re Over Me singers Years and Years will also be performing at the three-day pride festival in the city centre.

Got a celebrity story? Email: tipoffs@entertainmentgazette.co.uk or send us a message on WhatsApp via (+44) 7494615641