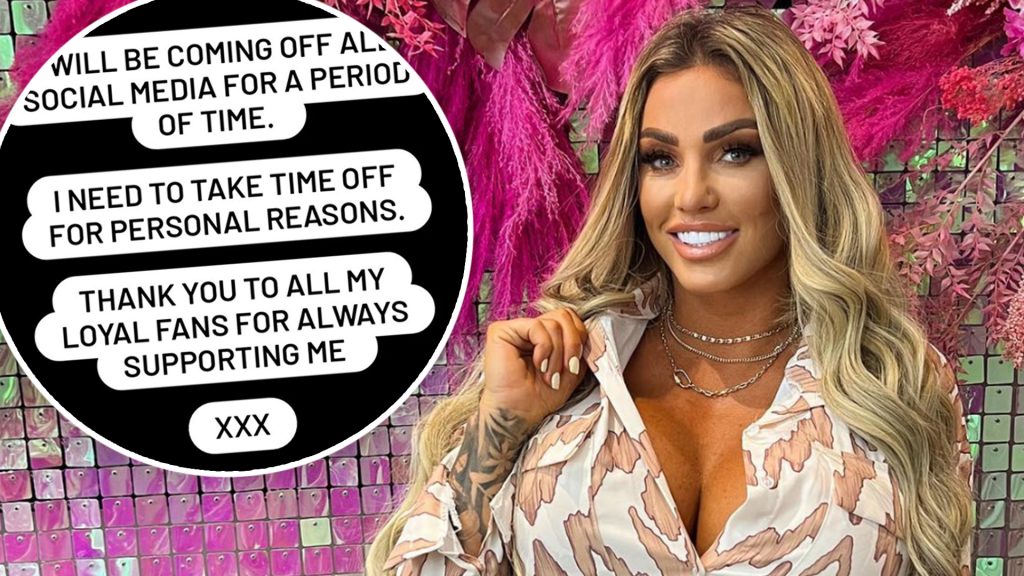 KATIE PRICE is taking a break from social media “for a period of time” due to ongoing “personal reasons”.

The former glamour model took to Instagram to tell her 2.7 million followers that she will be going offline.

The mum-of-five wrote on her Instagram story: “I will be coming off social media for a period of time.

This comes after two charges, including one of speeding, against Price were dismissed earlier this week.

Sussex Police said that the speeding charge was dropped due to “insufficient evidence” to continue the case.

Last September, she was handed a suspended sentence after crashing her BMW on the B2135 near Partridge Green in West Sussex.

She was given a 16-week prison sentence, suspended for 12 months, with 100 hours of unpaid work and 20 rehabilitation activity requirement sessions to be completed within the next 12 months.

She was also disqualified from driving for two years and ordered to pay £85 costs.

In June, Katie dodged a potential jail sentence after she was warned she could face prison time when she pleaded guilty to breaching a restraining order after she messaged her ex Kieran Hayler’s fiancée Michelle Penticost.

The star was given a community order and told to pay £1,500 costs at Lewes Crown Court. 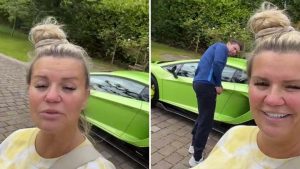