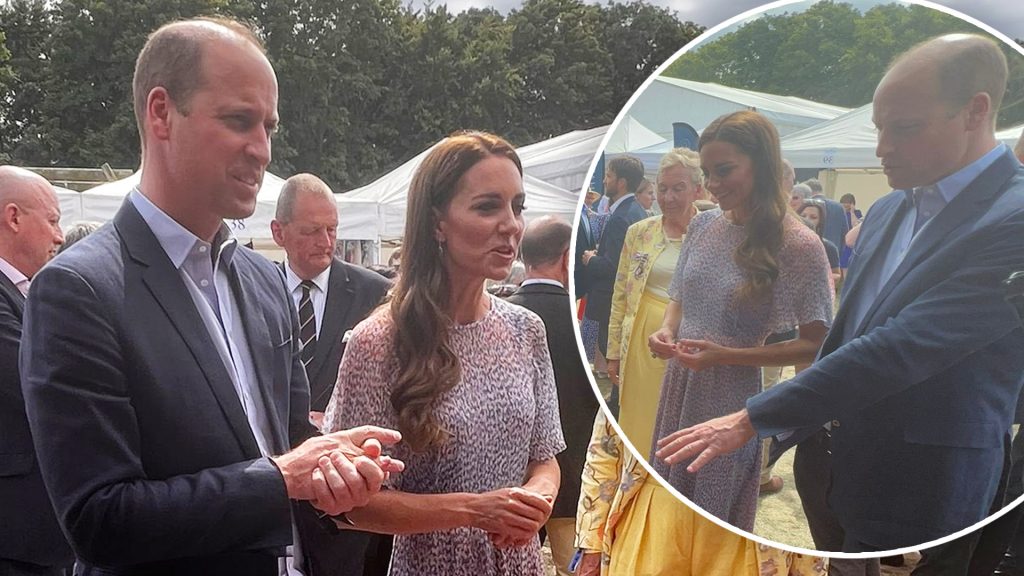 THE Duke and Duchess of Cambridge watched in amazement as they were given a life-saving CPR lesson from students during their visit in Cambridgeshire.

Prince William and Kate Middleton spoke to students at Anglia Ruskin University during their flying visit to the Cambridgeshire County Day event in Newmarket today.

Pictures show the stunned royals as someone can be seen on the floor performing CPR on a test dummy in front of the world’s media cameras.

The Duke and Duchess of Cambridge @KensingtonRoyal asked our Medicine, Nursing and Midwifery students about their courses and were given an impressive CPR demonstration. #ARUProud @FHEMS_ARU pic.twitter.com/6mAVf2y5QD

“The Duke and Duchess of Cambridge asked our Medicine, Nursing and Midwifery students about their courses and were given an impressive CPR demonstration.”

The couple dropped into the brand-new event held at July Course, Newmarket today (June 23) after visiting Fitzwilliam Museum in Cambridge.

A stunning portrait, an official first for the royal couple, was unveiled.

The painting, commissioned last year as a gift for the people of Cambridgeshire, shows the pair standing side-by-side, with Kate in an elegant emerald dress and William in a black suit.

It is to go on public display in the university city.

The portrait was painted by award-winning artist Jamie Coreth, who is described on his website as “one of Britain’s leading portrait artists” who “focuses on the character of his sitters, evoking a sense of their presence in his work”.