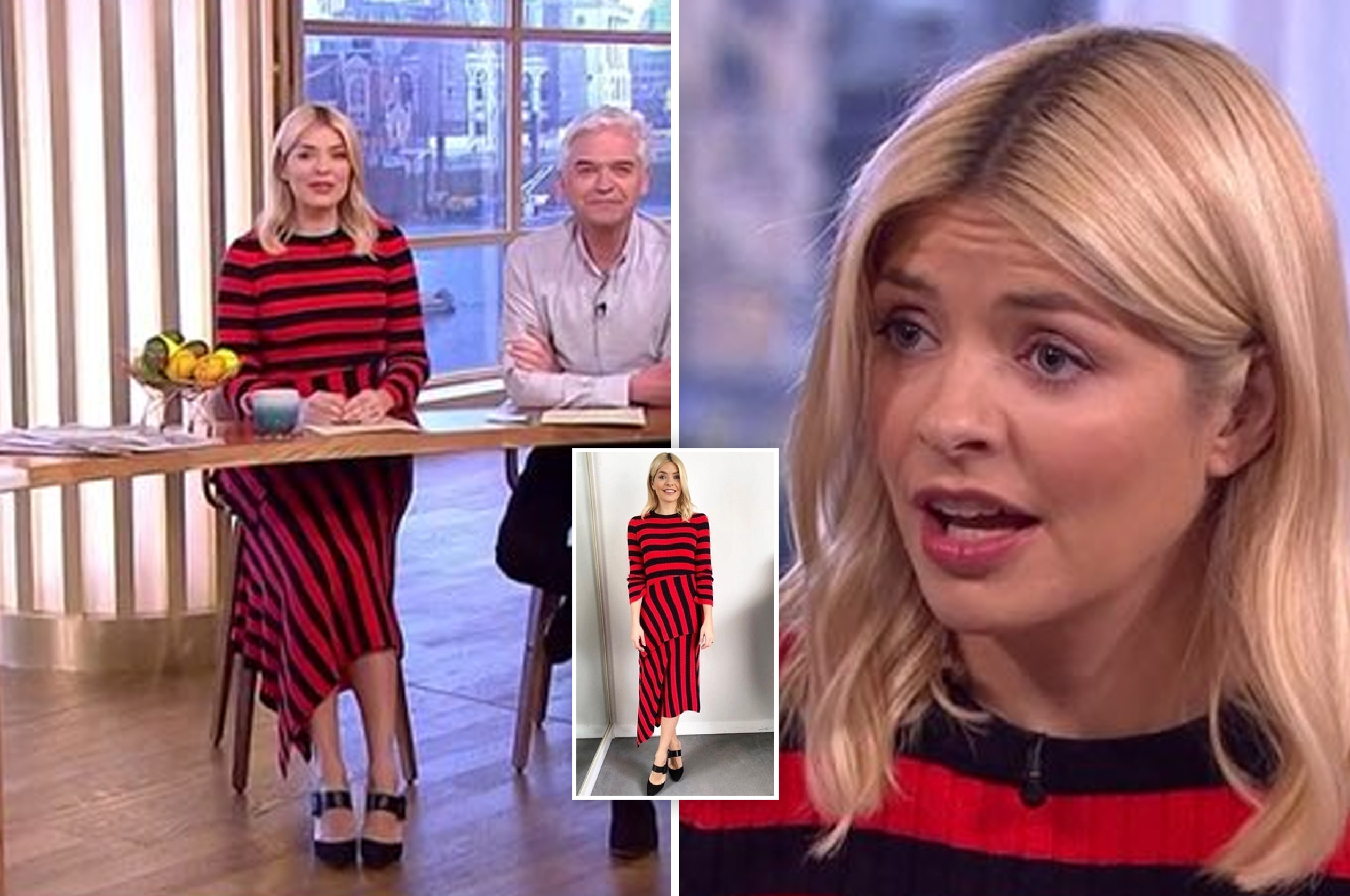 TV star, Holly Willoughby, has been told by fans she looked like ‘Dennis The Menace’ in her latest appearance on ITV’s This Morning.

Viewers jumped onto social media after the 37-year-old posed for a photo, revealing the ‘eye-sore’ to all.

The official Beano, creators of Dennis The Menace, have even got in on the action, tweeting: “Look who we spotted rocking a very menacing colour scheme this morning!

“Two thumbs up from us here at the Beano, @hollywills”

Look who we spotted rocking a very menacing colour scheme this morning! Two thumbs up from us here at the Beano, @hollywills 👍👍 pic.twitter.com/A7dXL9mWBT

Fans have labeled the outfit a ‘stylist fail’ and one viewer said the mum-of-three looks ‘half Dennis The Menace and half Freddie Kruger’.

In response to a tweet from ITV saying “Like @hollywills’ look today?” – a fan said: “Nothing personal to Holly, but no.

They added: “stylist fail –  Holly is so gorgeous so can only imagine what this would look like on the rest of us.”

Another said: “Sorry Holly – You always look lovely but this dress really doesn’t suit you.

.@hollywills on today’s #ThisMorning. Left scratching my head with this one. A certain cartoon springs to mind. ⚫️🔴 If the horizontal stripes went all the way to the bottom it would look much better. Nevertheless Holly still looked good(ish). 😍 #WhenHollySmiles 😆😂 pic.twitter.com/ctwd1ff7DE

Holly’s team have revealed where the outfit came from, for anyone wanting to own the “Dennis The Menace” top and skirt, they’re from Warehouse and her shoes were ‘Karen Millen’.

It’s not all doom and gloom though, one fan backed the outfit, saying “I like it. Very chic and current.”