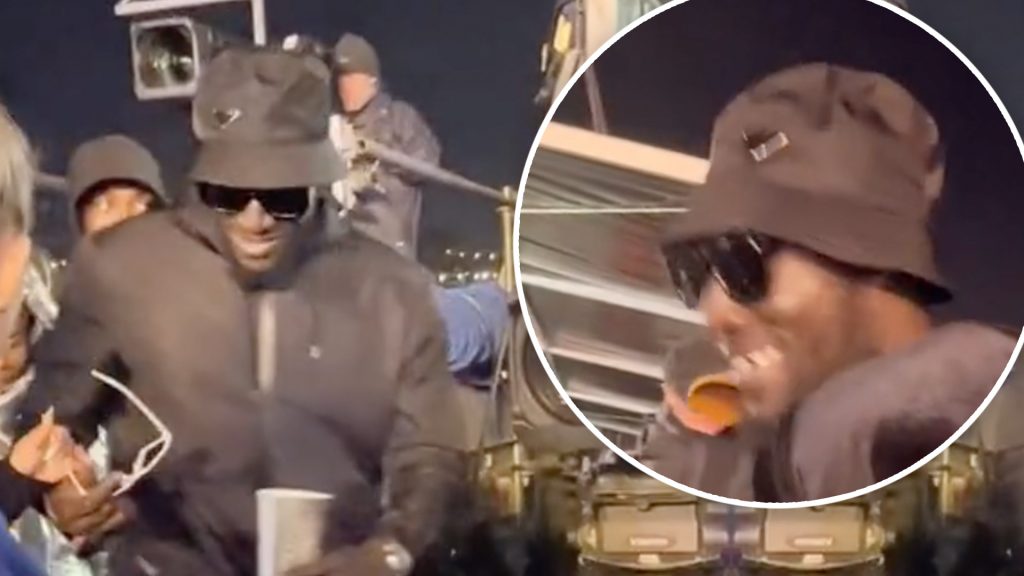 THE moment rapper Stormzy tripped over a TV camera and fell to the floor at Glastonbury Festival has been (ironically) caught on camera.

The Vossi Bop artist took a tumble at Worthy Farm last week when he fell over the tripod base of a large television camera used by the BBC.

In a video released by TikTok user glastoinsider, dressed in an all-black ensemble, the UK musician can be seen falling face first into the grass.

Attracting almost 1 million views and nearly 100,000 likes, it is the only video on the mysterious Glastonbury social media account.

Fans were left in hysterics as one admitted they had “never seen a tall person fall over” before.

“He is so tall he fell in slow motion,” added another. “He went down but got up smiling,” said another commenter on TikTok.

The 28-year-old appeared in good spirits when he was lifted up off the ground and laughed with his fans when he was back on two feet.

“Who else has watched this on repeat?” asked another fan on TikTok. “Nothing to see here. It happens to the best, he just missed his step,” said another proud fan.

In 2014, he gained attention on the UK underground music scene through his Wicked Skengman series of freestyles over classic grime beats.

Stormzy’s song ‘Shut Up’, which was initially released as a freestyle on YouTube, became popular and peaked at number eight on the UK Singles Chart after he launched a campaign to reach Christmas number one.