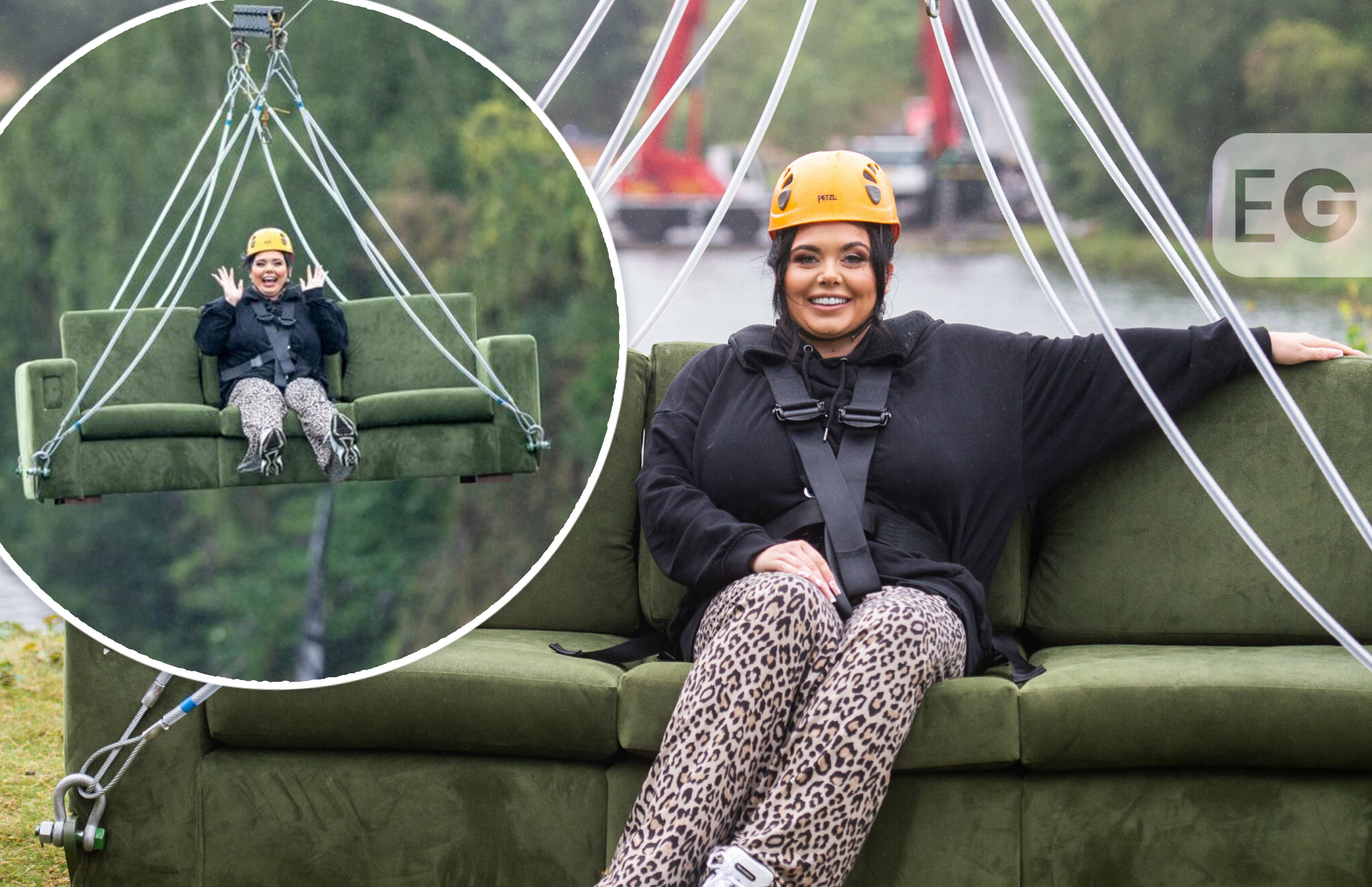 HILARIOUS footage shows the moment Gogglebox star Scarlett Moffatt is hurtled down a 200m long zipline 25 metres above the ground.

Perched on a three-seater sofa, the TV presenter screamed all the way down as part of a publicity stunt coordinated by Amazon Prime Video.

Scarlett said: “It was incredible to fly on the zip line on my trusty sofa.

“I’m no stranger to a couch at the best of times and me and mine have gone through thick and thin during the pandemic – it’s fair to say we are very attached.

“I know not everyone can be as lucky as me and get to take their beloved soft furnishings out on their adventures.

“So I’m here to say: go for it, live your best life this summer and remember your sofas – and Prime Video – will be there for you when you get home.”

The stunt comes as research of 2,000 adults revealed almost one in six admitted to cancelling on friends in favour of spending time on their sofa since restrictions eased.

And one in 10 have left a social engagement early to do the same.

More than a third of 18-24 year olds went as far as to say they had formed an ‘unbreakable bond’ with their sofa during lockdown.

And while 29 per cent of adults said watching TV and films on their sofa got them through lockdown, this increased to 44 per cent of 18-24 year olds.

In light of the findings, Amazon Prime Video enlisted the help of couch enthusiast Scarlett Moffatt, who zoomed down the specially constructed zipline in Surrey to show the depth of her feelings for the piece of furniture.