A HIGH-FLYING experience unlike any other, London In The Sky combines a sense of the surreal with the adrenaline rush that you get when strapping in for a rollercoaster ride.

Offering the chance to enjoy cocktails or dinner 100 feet in the air – overlooking a stunning skyline – it’s perfect for friends, couples or those celebrating a special occasion.

Though it doesn’t look that high from the ground, believe me, it is. Having completed a skydive before, initially I didn’t feel too nervous, but it’s still extremely daunting to think of yourself dangling 100 feet in the air… 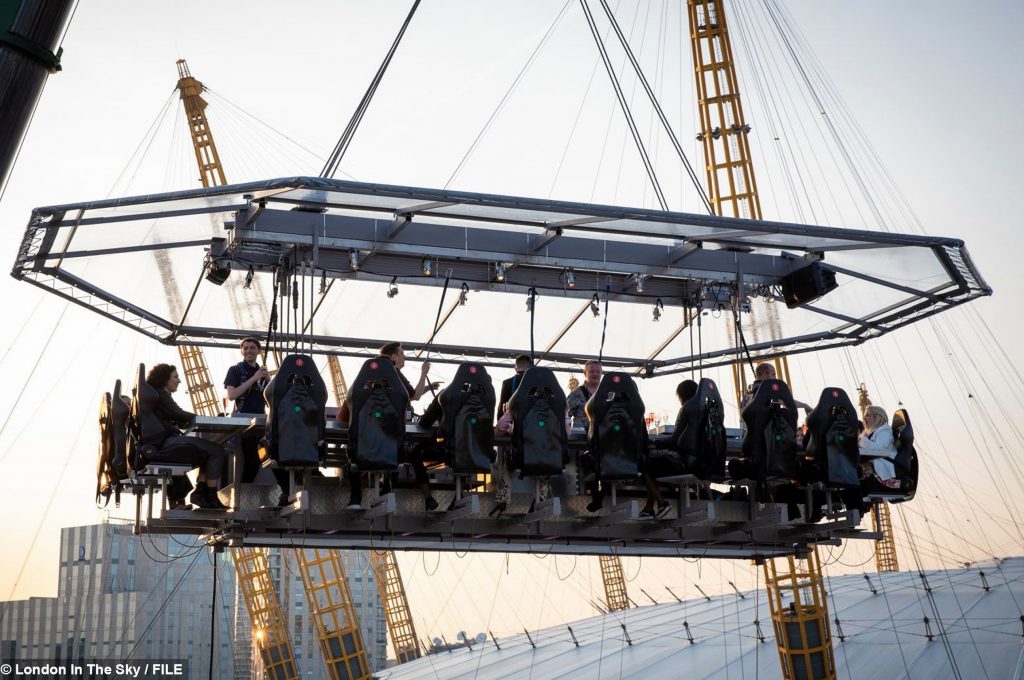 After being strapped tightly into our seat – which swivels and has the option of leaning back (for those who are more daring; it’s strangely quite a relaxing feeling) – we found ourselves *very quickly* elevating upwards.

Held in the sky by ropes attached to massive crane, we immediately safe – putting any of our worries aside.

With around a dozen thrill-seekers seated around the table – their legs similarly dangling freely – the barmen is quick to pour the prosecco and gets everyone on side with his unifying words “there all tall ships, there are small ships… and there are friendships”. 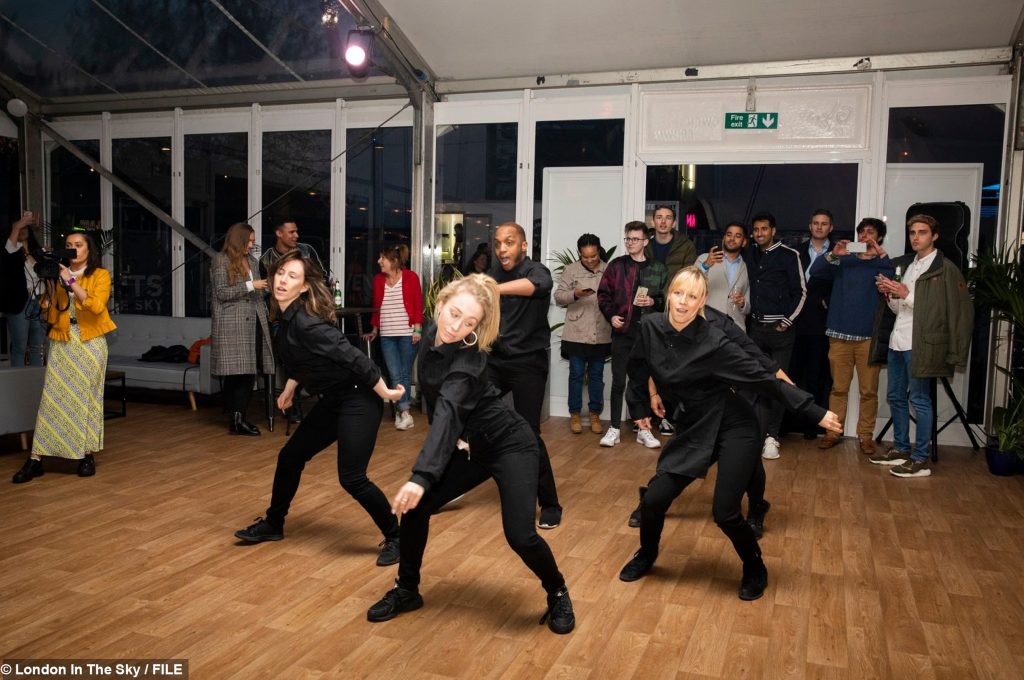 Cheesy though it may be, it’s a convincing ethos that makes the strangers around the table feel at ease with one another – like a fleeting, flying family.

Minutes later a magician who is also on-board the ‘flight’ begins impressing with his card tricks and witty humour: keeping everyone entertained, it’s a welcome addition to the experience.

Then there’s the choice of music as we reach the highest point – Queen’s ‘Bohemian Rhapsody’ – leading to a surreal singalong that all are happy to join in with. 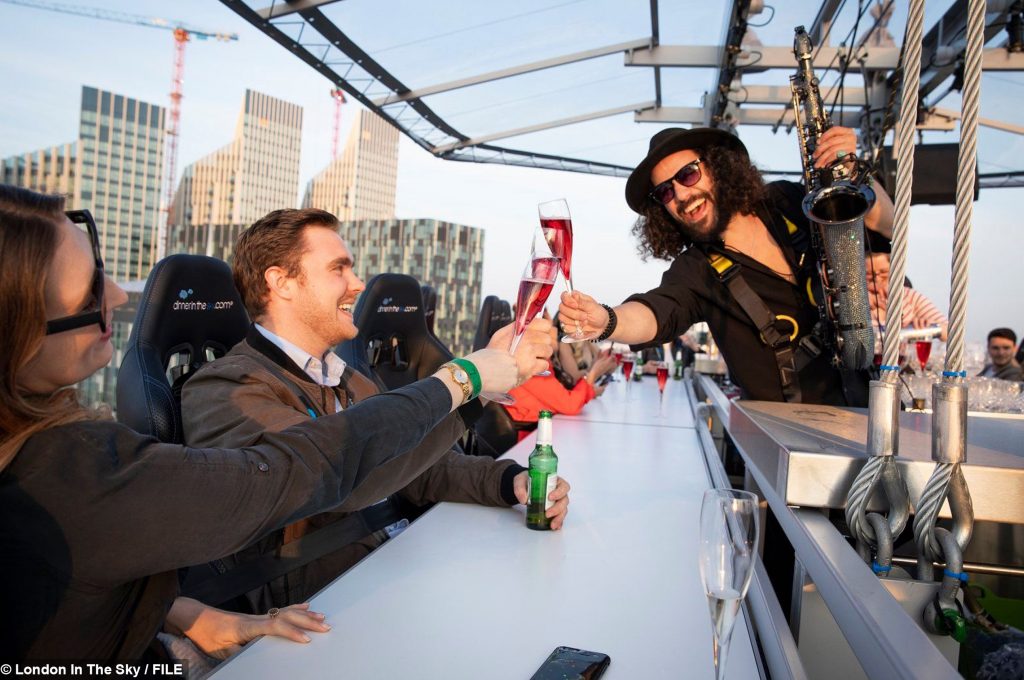 As we come back down to Earth (both physically and mentally), I immediately want to do it again!

Luckily we get the chance to embark on a second flight later on – but now it’s night-time and dark.

With the skyline lit up beautifully, a DJ on board and everyone having had one too many proseccos, there’s an entirely different, more party-centric atmosphere: once again, an unforgettable experience… 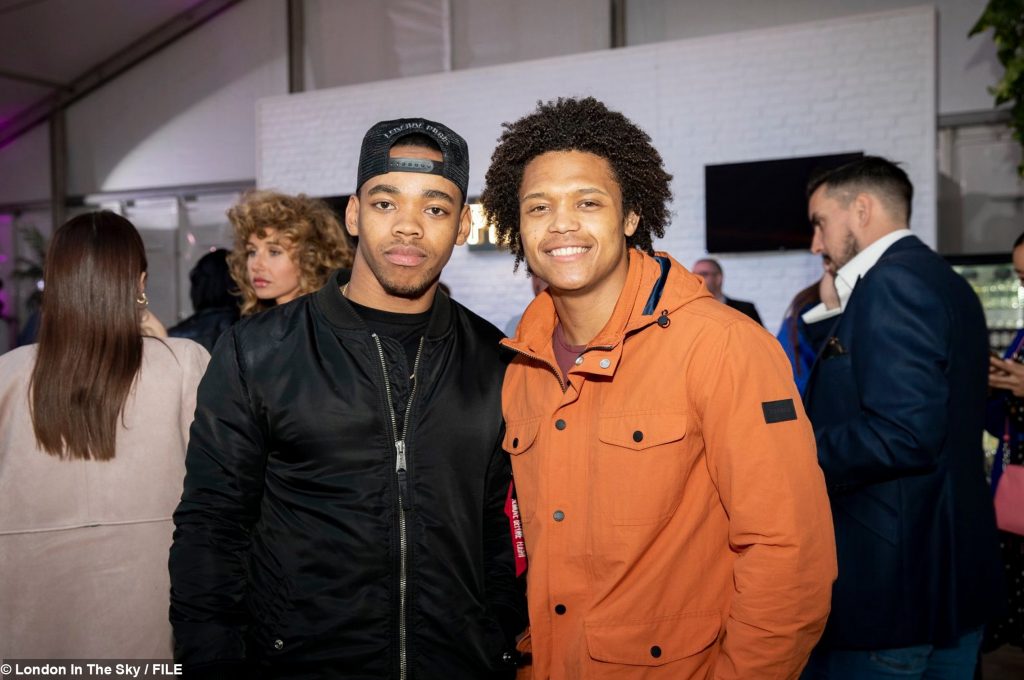 Though it goes without saying that London In The Sky might not be for those with a fear of heights, there’s a real adrenaline rush and sense of surreality as we reach higher and higher, with a stunning panoramic view of London’s most famous buildings.

It’s not the faint-hearted, but it’s more than worth it for the incredible pictures you can get from being so far up in the air: an Instagram dream, essentially.

There is also the chance to dine in the sky (£199 including a three-course meal and drinks) which would be the perfect evening out for a couple celebrating their anniversary.

Which Love Island 2021 couple has the most followers?