KATIE PRICE’s on/off boyfriend Kris Boyson has snubbed the former glamour model in a series of posts on his social media page.

Boyson was keen to share the news he was found not guilty of assault on Thursday, December 19 but decided to ‘remove’ Katie Price from the picture.

The fitness fanatic shared newspaper articles on his Instagram story to his 87,000 fans but covered up Katie’s name using prayer emojis. 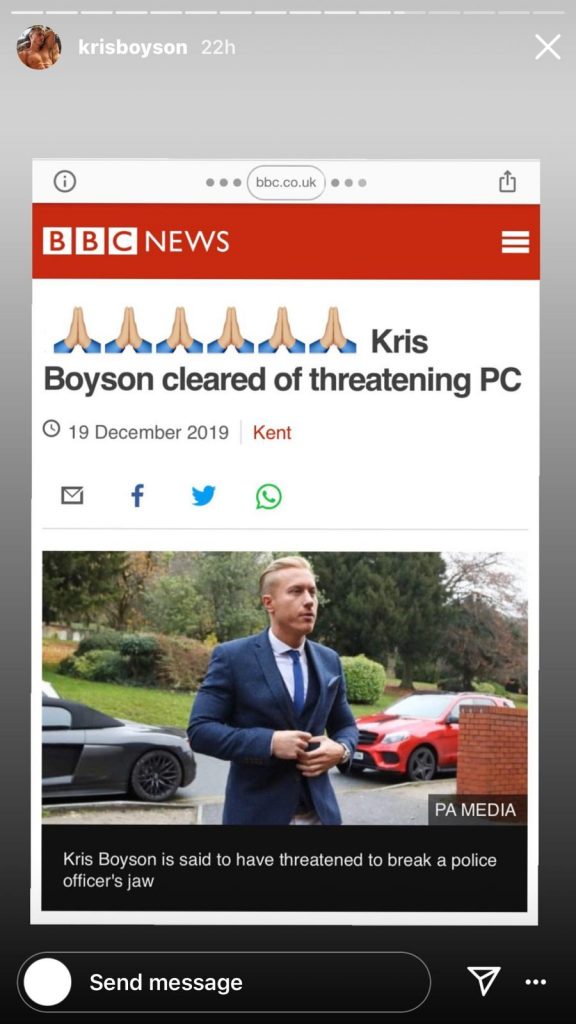 In every article Kris posted to his social media, he covered every reference of My Crazy Life star Katie Price and made no reference to her at all.

Boyson was cleared of threatening a police officer following the incident on October 11 last year – he claimed to have mistaken the officer for paparazzi.

The 31-year-old was charged with using threatening behaviour, abuse and insulting words or behaviour towards a police officer with intent to cause fear or violence. 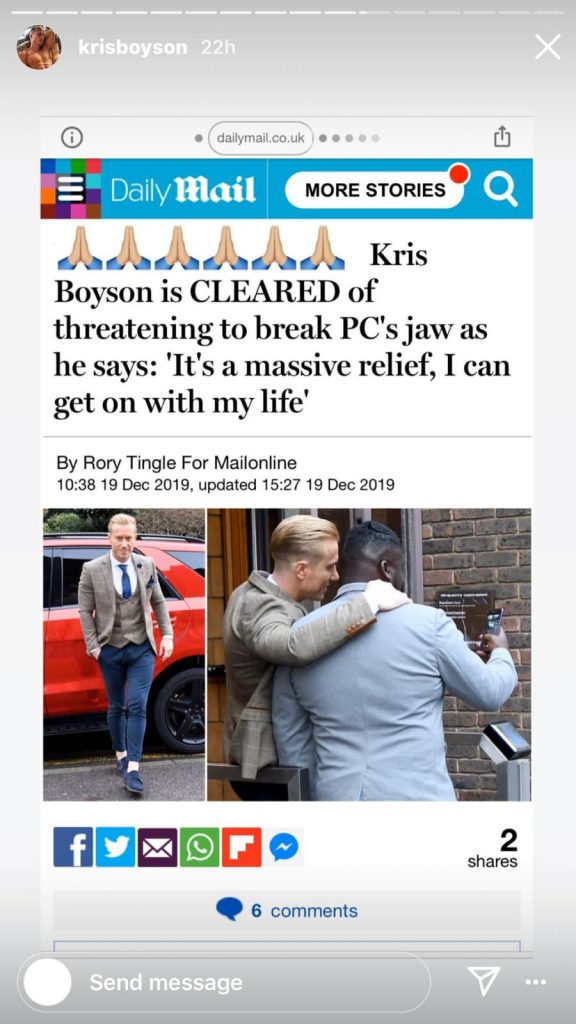 He appeared at Medway Magistrates’ Court on December 19 with his dad and friends for a trial which had spread across a number of weeks.

Following an adjournment, the personal trainer was cleared by magistrates.