A NEW trailer for Disney’s live action Aladdin, debuted during Sunday’s Grammy Awards, has been slammed by fans on social media who say that Will Smith’s character “looks horrible”.

Smith, who plays Aladdin’s magical blue genie, has been dropping hints on his social media over the last few months about his role in the hit new movie.

Some fans doubted the American film star, some saying that his news was ‘fake’. Smith posted on Instagram this week: “I told y’all I was gon’ be Blue!! Y’all need to trust me more often!”.

Many were happy with the news; however, some fans weren’t impressed with the genie’s new look. One person said: “The trailer was great up until the genie made his appearance. Sorry but it looks horrible”.

The common opinion was that the genie looked “too much like Will Smith” – the comments quickly turned into memes, with some of the internet’s best ‘photoshoppers’ coming out to join in. 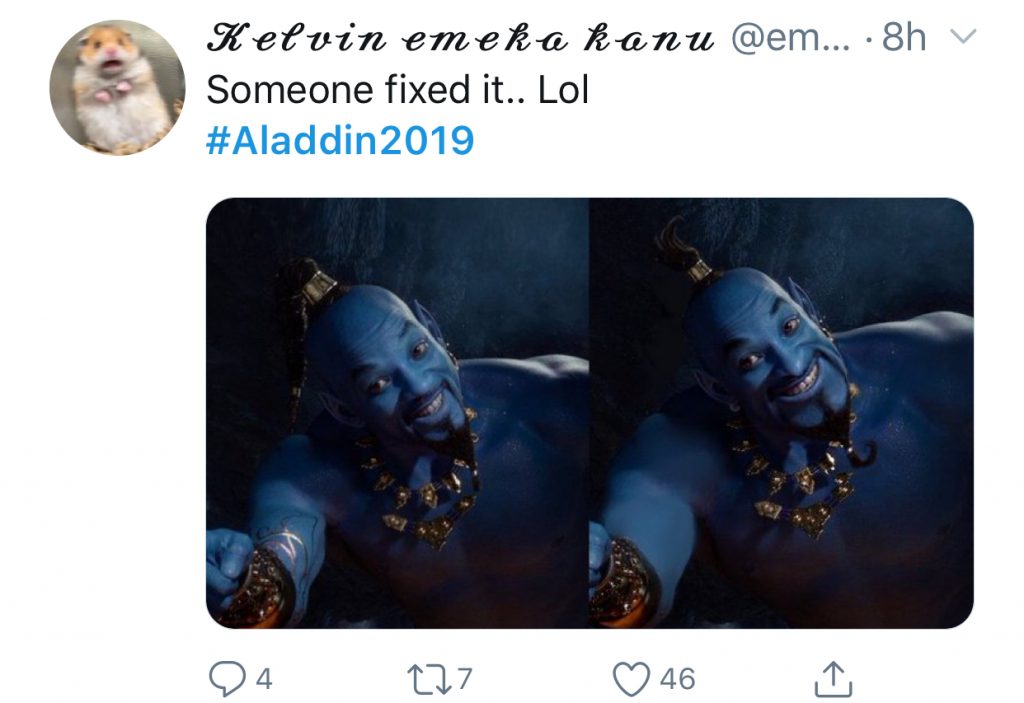 One person photoshopped’ their alternative version to the genie, stretching his face to look more like the familiar 1992 Disney cartoon version, which was voiced by Robin Williams.

Another viewer gave Disney the benefit of the doubt, expressing how the promotional shot looks much better, suggesting that “the CGI isn’t done yet” and how there is “plenty of time to refine this”. 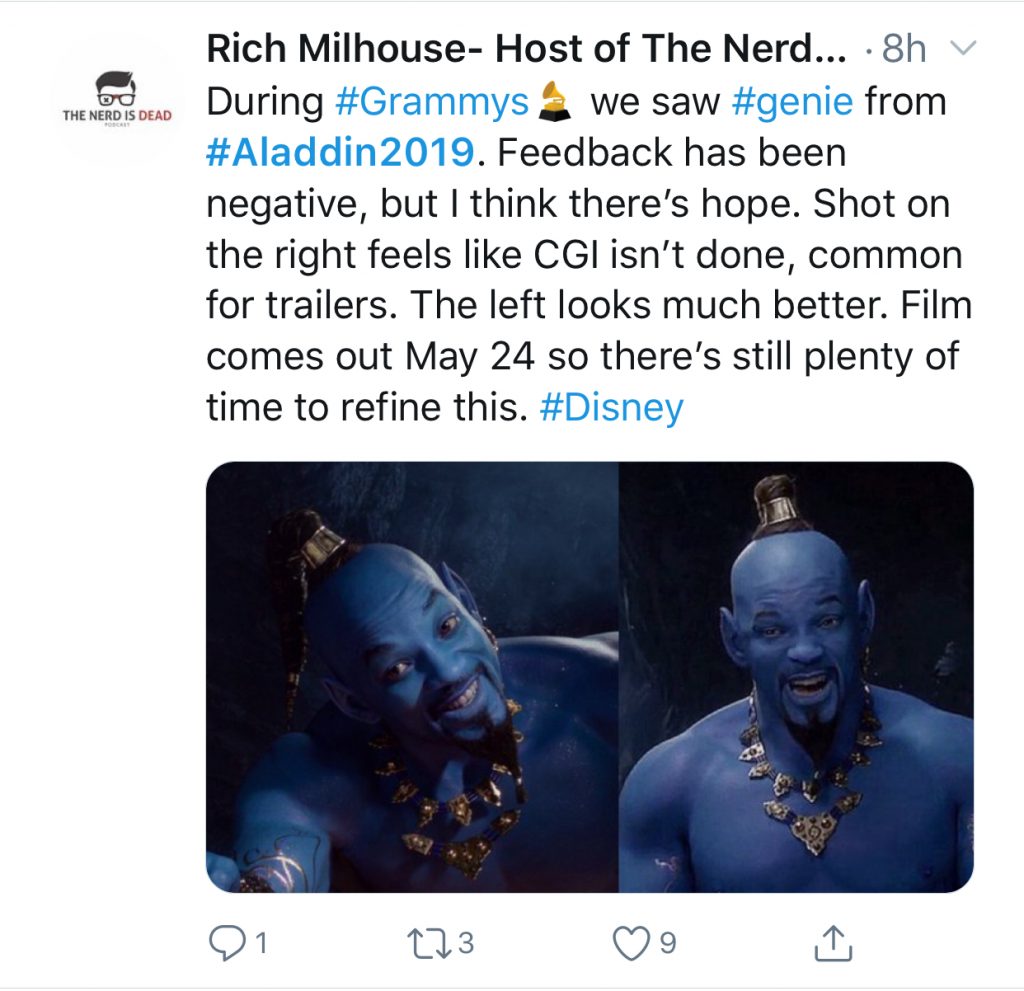 Disney’s Aladdin 2019 is set for release on Friday, May 24 – what are your thoughts on the trailer? Send us a tweet @EntsGazetteUK or email contactus@entertainmentgazette.co.uk