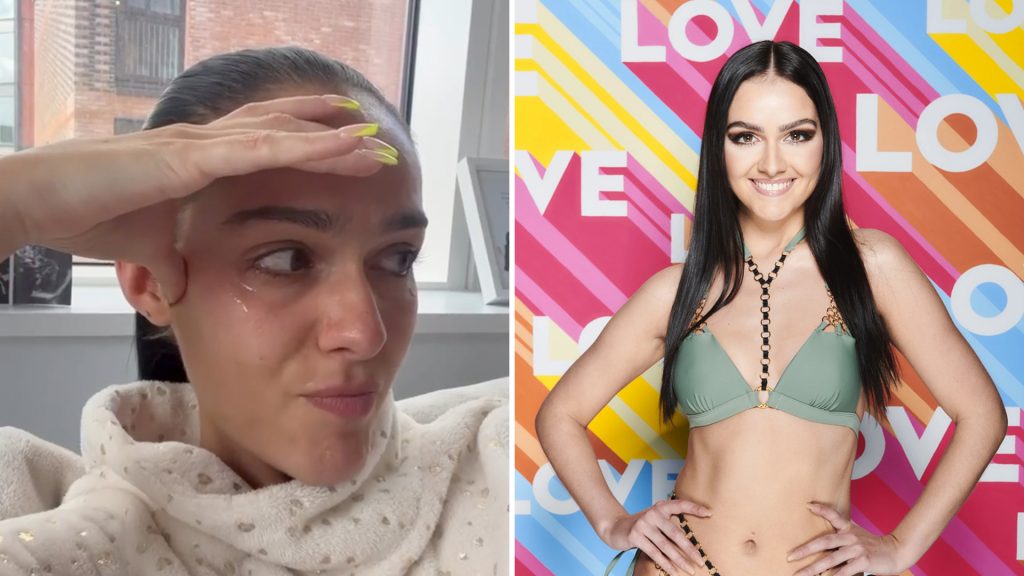 FORMER Love Islander Siannise Fudge has spoken openly about her secret struggles with her mental and physical health.

The 27-year-old, who appeared on the sixth season of Love Island in 2020, revealed all in an Instagram post last night.

Siannise spoke about struggles with depression, which led her to being hospitalised due to extreme weight loss.

The ITV2 star told her 1.7 million followers on Instagram: “To my amazing family. I have been waiting for the right time to speak about something I had been living with and couldn’t find the courage to share it, but thankfully now I feel ready.

“This time last year I was suffering with anxiety & depression behind closed doors. This resulted in me having insomnia, extreme mood swings and losing two stones in weight.”

Siannise went on to explain how she couldn’t recognise herself ‘both physically and mentally.’

“I completely lost myself and I wasn’t sure who I was as a person anymore. It affected my everyday life, my work and my relationships with my friends and family.

“I felt like I wasn’t in control of my body, I lost interest in things I loved the most and found it impossible to socialise.”

She would receive messages on social media saying she was too skinny, needed to eat some burgers, and was triggered when she was told by others that they were uncomfortable looking at her and had to unfollow her.

Siannise had hit rock bottom when she had to go to hospital for checks and as someone who has an intense fear for needles, she had begged them to take her blood to help her.

Despite doing this twice, doctors would reassure her that there was nothing wrong with her physical health and that she was in fact suffering from severe anxiety.

“I was lost, depressed and unhealthy, but somehow, I developed the strength to work on myself.

“I turned every negative comment into fuel and motivation to get better and today I stand here, healed with a healthy mind and a happy heart.

“I feel beautiful, confident & I love my body now more than ever.”

Siannise posted a photo of herself from 8 months ago alongside a photo of her presently looking much healthier and happier than before.

“I never understood mental health until I experienced it myself and how important it is. I urge everyone to be kind because you never know what someone is going through, everyone has a story.”

On a video on her Instagram stories, the star tearfully claimed she was petrified to share her journey but is proud of how far she’s come on her journey.

She concluded the post by stating “Every cloud has a silver lining; I am living proof of this.”

Other celebrities and former islanders shared their love on her post, as Chloe Crowhurst said “You are so brave sharing this, you are absolutely glowing gorgeous.”

“Sending you so much love,” said Joanna Chimonides.