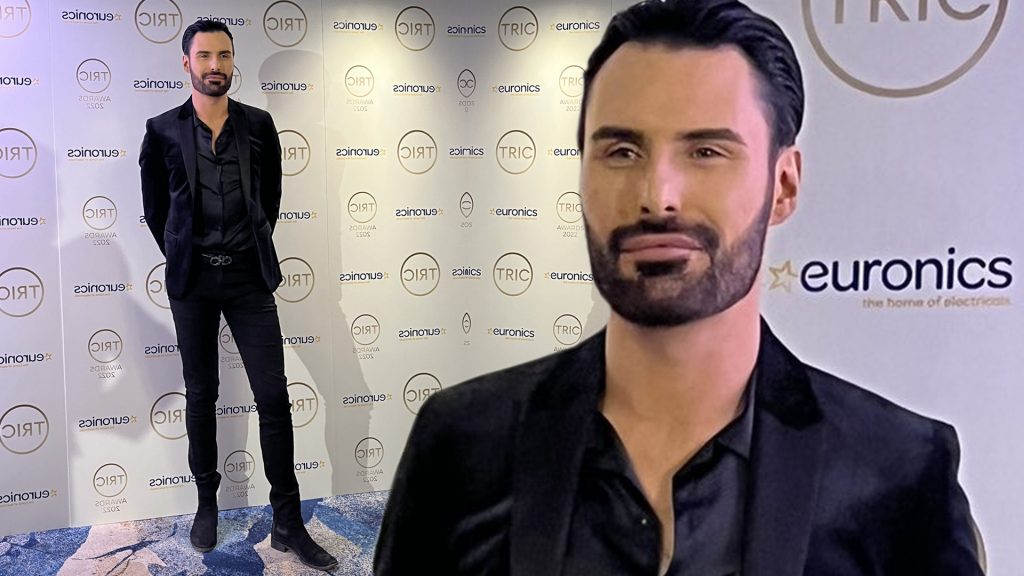 TELLY star Rylan Clark cut a classy figure in an all-black suit as he stepped out in front of cameras at the TRIC Awards 2022.

The former X Factor star wore a velvet fitted suit with a black buttoned-down shirt, completing the look with a bold belt.

The 33-year-old’s red carpet appearance comes after he was spotted kissing a Geordie Shore star’s ex outside a club in London.

Linda, the former Big Brother presenter’s mum, recently revealed she became concerned for her son after finding powder in his house.

Her nerves were quickly settled after it was revealed that the lines of white powder were in fact just dust after Rylan had his skirting boards sanded.

Rylan star told The Big Issue: “She [mum] was like, ‘You’re not on drugs are you?’

“I was like, ‘Don’t be stupid’. She started to hoover up and pushed the coffee table and underneath were two massive lines of white powder.

“She was like, ‘Oh my god’. It was quite a moment. I make a joke on a night out and I’m a drug addict. It’s ridiculous.”

Linda was already suspicious after her son had warned her about a social media video of him jokingly asking someone to “gimme the gear”.