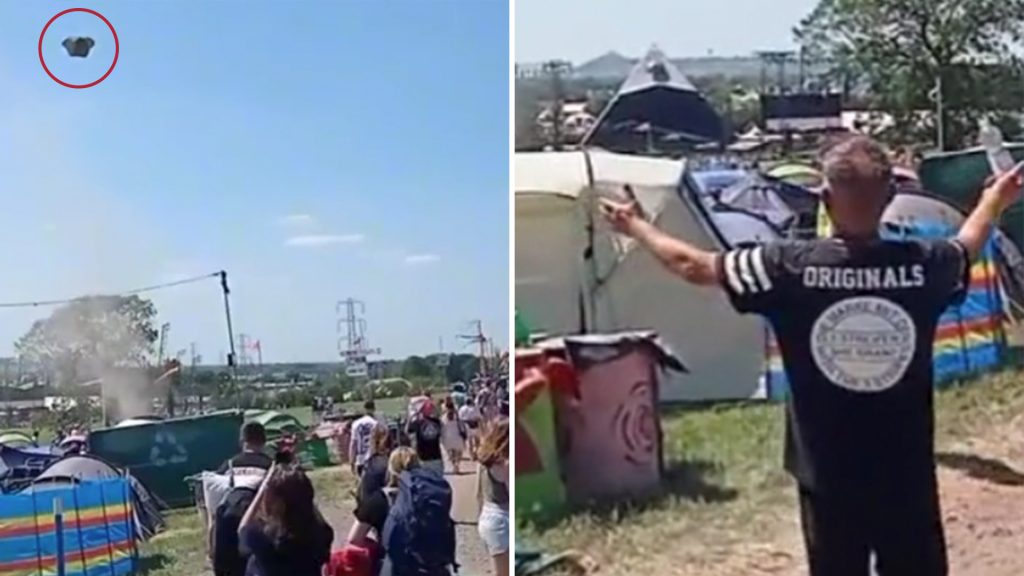 IS it a bird? Is it a plane? No, it is one unfortunate camper’s tent flying high in the Somerset skies at this year’s Glastonbury Festival.

In a moment you would not believe without seeing the hilarious video, a tent took off into the sky like a bird above Worthy Farm.

A giggling cameraman captures the moment one stunned on-looker joked with the crowds that all of his money and his children were in the flying tent.

They said: “Oh where are we [going to] sleep now? My kids are in there and all my money. No.”

It is though the short clip, uploaded by user Wakenblakedn, was captured as festival-goers were arriving at the annual gig in Somerset last week. 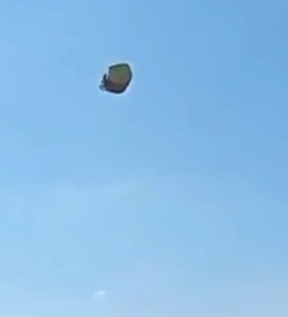 In addition to contemporary music, the festival hosts dance, comedy, theatre, circus, cabaret, and other arts.

Legends such as Diana Ross also took to the stage during the festival.

Do you have a funny video story? Email: tipoffs@entertainmentgazette.co.uk 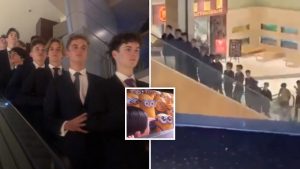