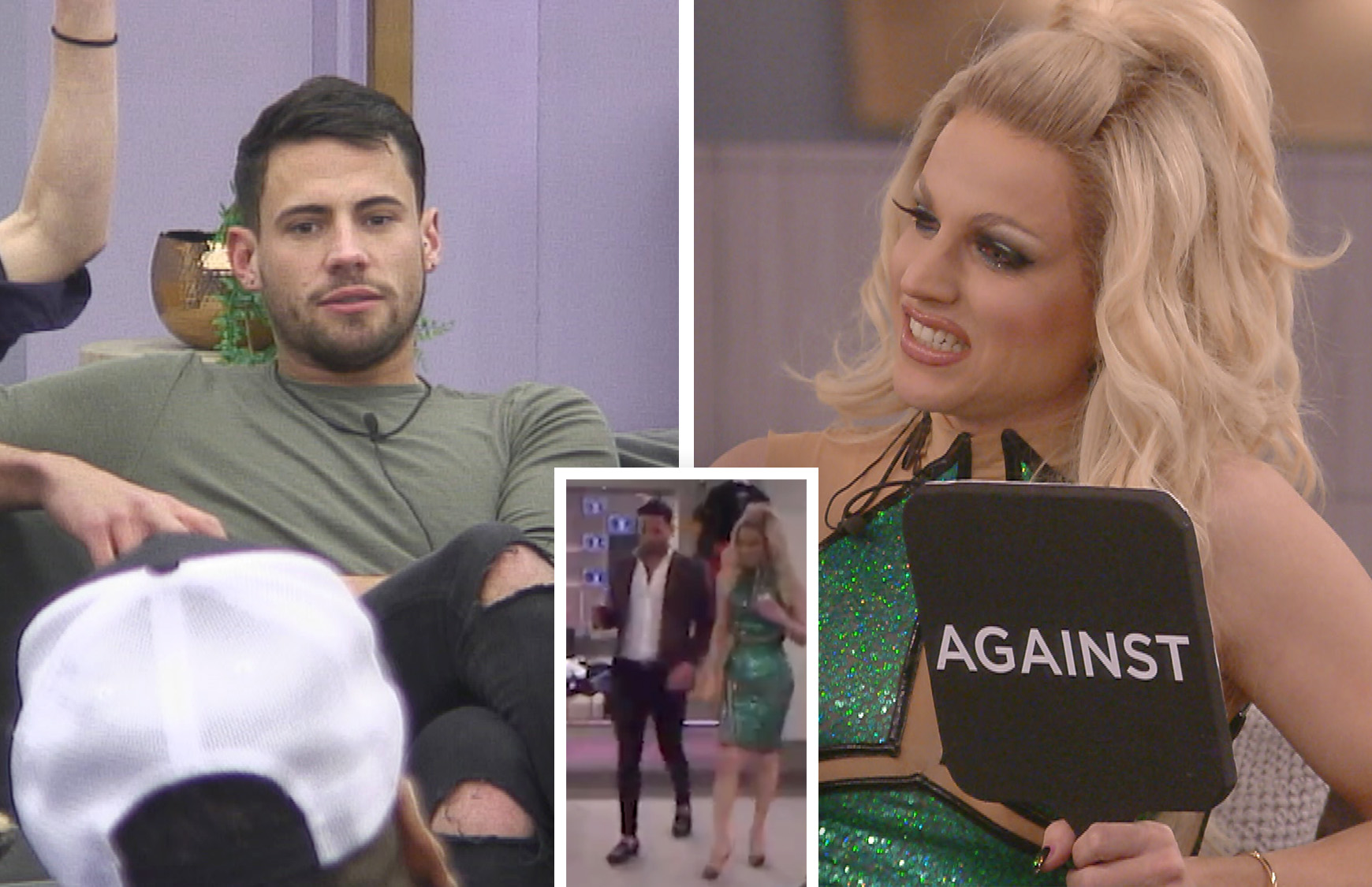 Fans left confused as Andrew and Courtney are seen heading into the Big Brother bathroom whispering “Don’t get f****** lipstick on me”.

“Where should I put it?”

“That was probably a lot more suspect than it looked”

"There's a lot more fun to be had" @courtneyact talks to @itsandrewbrady about the public saving him, but what did they get up to in the toilet? 😳 #CBB pic.twitter.com/HNIwkmUCWd

We’ve seen the relationship between Andrew and Courtney blossom since day one and viewers have debated if it’s a true romance or a friendly ‘bromance’.

One viewer said: “Big Brother are really heavily hinting something has happened between Courtney and Andrew.”

Another said: “Is it just me who thinks Andrew is being so friendly with Shane/Courtney as a game plan because he knows the public will like it.”

But was this whole ordeal a task set by Big Brother? Or is there more to the story? Let us know your thoughts!

2 thoughts on “What exactly did Courtney ‘push’ into Andrew inside the Celebrity Big Brother bathroom?”