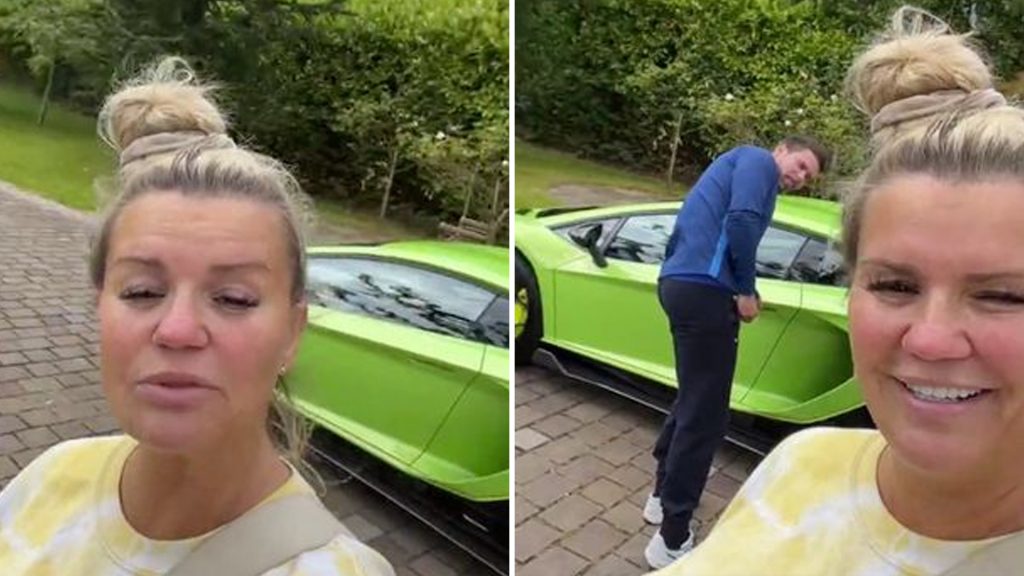 The mum-of-five, who has recently turned to adult picture sharing website Only Fans, filmed her new green supercar worth £200K.

She told fans she was “so proud” of her and fiancé Ryan Mahoney for making the purchase.

“At the start of the pandemic, I thought ‘how am I going to feed me kids’, just like everybody else.”

The singer has previously been declared bankrupt twice – once in 2008 and again in 2013.

But earlier this year it was revealed that the TV star is a millionaire again after raking it on OnlyFans, three years on from her second bankruptcy.

This meant that the celeb and her family were able to move into a luxurious Cheshire mega-mansion over the summer.

“You can talk about taking clothes off, but I couldn’t give a flying f**k – look what’s on my drive,” she said after taking delivery of the bright green Italian supercar.

It joins her other Lamborghini, also bright green, as the star turns over a new leaf with a new-found wealth from Only Fans.

Speaking of the website, she said: “It’s been amazing for my career, I haven’t stopped working.

“When I first did it I said to the kids ‘I’m going to do this, and I’m going to go topless – if anyone has any problems, let me know’.

“Our Lilly said she wasn’t happy about it, and I said ‘wait until the money comes in and see how you feel about it then.

“And once the money did start coming in they all had an iPad each and they had no problems! I’ve bought myself a Lamborghini Urus too, which comes in March.”