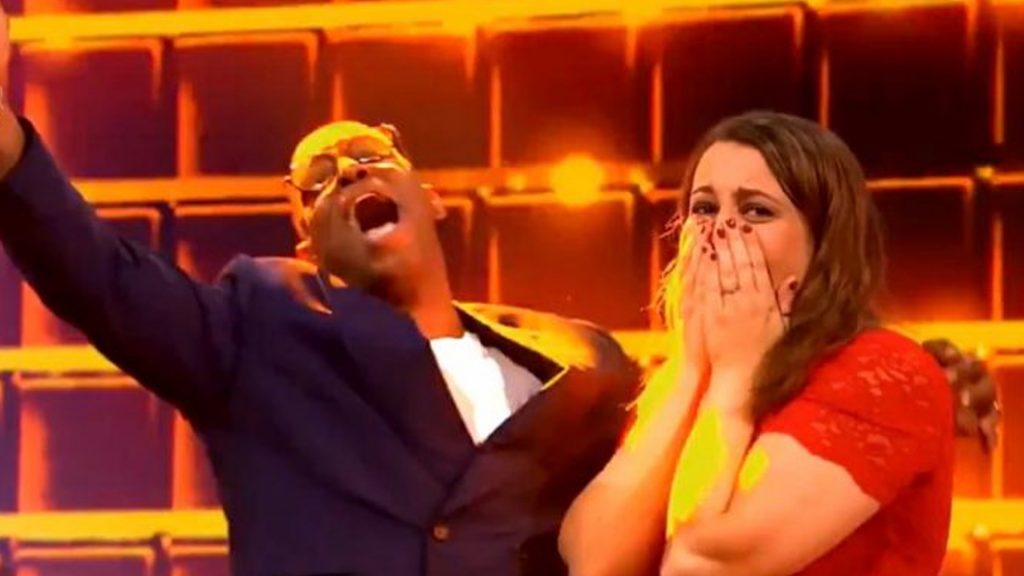 A MUM-of-three has paid off £30,000 in debt, bought a brand-new BMW and launched a business after winning big on an ITV game show.

Beth Thompson from Leeds now runs her own copywriting business and drives a flashy Beemer after hitting the jackpot on ITV’s Moneyball with Ian Wright.

The 29-year-old scooped an eye-watering £61,000 and says the winnings were life-changing.

“I do still have some of the money and I’m loving treating my boys finally.”

In the show, Beth had to answer a series of quiz questions to bank cash, each level was more and more money before she had to gamble the lot.

She added: “I did watch it back! I had a little viewing party at home.

“I hadn’t told my boys I was on TV and I hadn’t told them I’d won so they went ballistic when they saw mummy win.

“I was so worried about what everyone would think but all I got was love.”

Beth has three boys all under six-years-old, two of them have a Neurodisability.

“The money is just so, so incredibly helpful,” she added.

Offering some advice to any future game show contestants, Beth said: “Be brave, take a chance and go for it because you never know when you’re going to get that opportunity again!”

Football legend Ian Wright hosts the game show where the difference between winning life-changing money and going home empty-handed rests entirely on the bounce of a ball.

Contestants navigate their way through a series of questions, and can accumulate large sums of money for each correct answer.

The chance of losing it all looms large, so players can choose to make an early exit with their prize money.

Before they go, they have to take one final shot, which could either force them back into the game or allow them leave with their hard-earned cash.