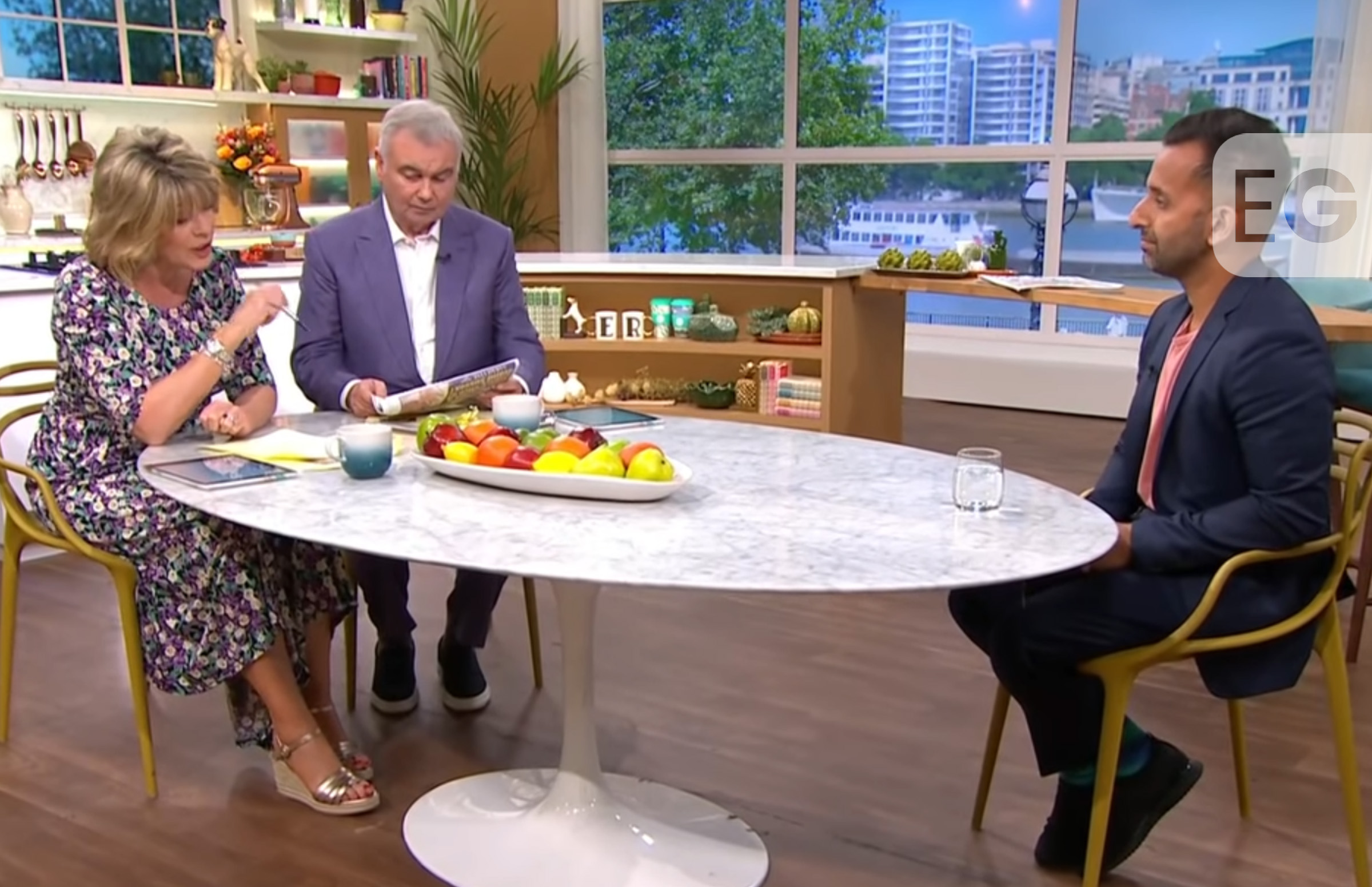 MORNING TV star Dr Amir Khan has revealed the horrifying moment he accidentally video called Ruth Langsford – naked – while getting out the shower.

The This Morning duo were reportedly staying in a hotel together for work, but were left red-faced when Dr Amir FaceTimed Ruth in a “compromising position”.

“I was on the edge of reporting you to the General Medical Council,” joked Holmes.

“Maybe having you struck off because you sent an indecent phone call video to my wife whilst working with her. Explain, Ruth.”

Ruth said: “We were working together and staying in the same hotel and I said I’ll see you for breakfast.

“My phone rang and I saw it was Dr Amir and I thought maybe he’s calling to say he’s going to be a bit late.

“But he’d actually FaceTimed me by accident from the shower. He’d just got out of the shower, he had no clothes, but I didn’t look, I just went, ‘oh! I think you need to turn that off!’.”

Dr Amir said: “I was so apologetic when I came downstairs and then you said the best thing, you went, ‘oh Amir, it’s fine, I’m just glad you’re not one of those people who likes to FaceTime.’

“I thought I was going to get sacked!”