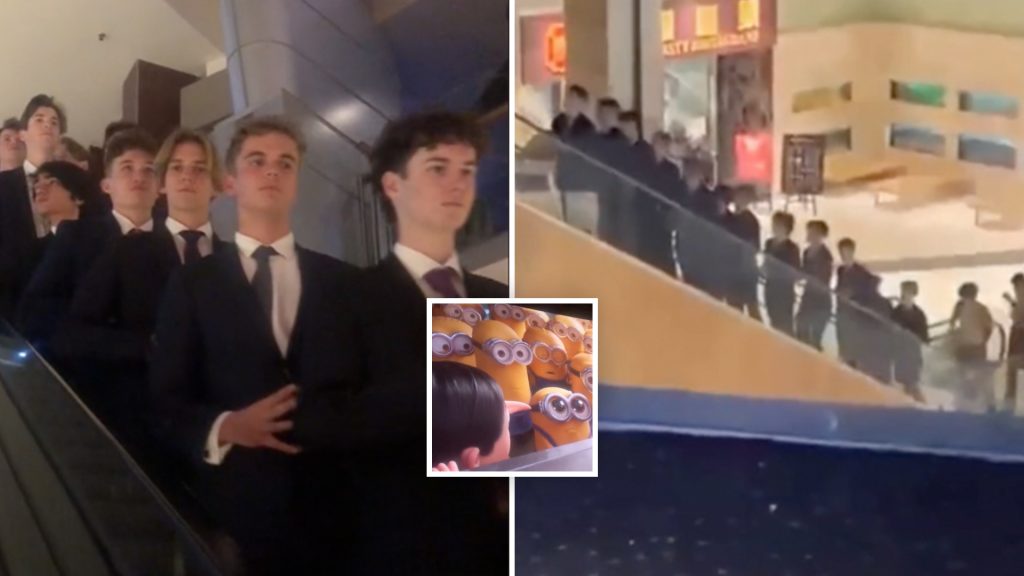 A NEW bizarre yet hilarious TikTok trend, dubbed ‘The Gentleminions’, has recently emerged on the social media platform.

It sees groups of well-dressed men in suits and ties on their way to watch the latest film, Minions: The Rise of the Gru.

They are known to wave and cheer wildly throughout the film or sit quietly in a row with their hands together and only their fingers touching – Gru style!

Several TikTok videos have shown the young men dressed in their finest clothing with Rich Minion by Yeat playing in the video.

The humour behind the trend is questioning why the boys are dressed so seriously for a children’s film.

Despite the trend taking place a lot more in the US, one popular video filmed by TikTok user Bill Hirst, which has racked up almost 35 million views, is believed to have been filmed at Westfield Chatswood in Sydney, Australia.

TikTok users are enjoying the trend, with a commenter on that clip saying the boys are, “raising awareness for the greatest movie ever.”

TikTok star Bill Hirst even got an endorsement from the official Minions account, which commented on his video: “Here you dropped this” alongside a crown emoji.

Despite many viewers enjoying this trend, local cinemas are not happy and have even called for a ban on the trend.

One cinema had put out a sign stating “Due to recent disturbances following the #Gentleminions trend, any group of guests in formal attire will be refused entry for showings of Minions: The rise of Gru. Thank you”

Minions: The rise of Gru, which is the fifth entry in the Despicable Me franchise, is estimated to make around $127.9 million over the recent four-day weekend in the US.

It has also extended the Despicable Me series’ reign as the highest grossing animated film franchise, according to Entertainment Weekly.

It’s apparently, the largest US box office earning for the fourth of July long weekend ever.

Despite cinemas banning the iconic trend, the meme lovers around the world still gather on the internet to appreciate the Gentle Minions.